A recent study has revealed that kissing could be a possible reason
behind gonorrhoea – the most antibiotic-resistant of all the sexually
transmitted infections (STIs).

This is the findings of a new study published in the journal ‘The Lancet’.

Gonorrhoea
is a sexually transmitted infection (STI) caused by bacteria called
Neisseria gonorrhoeae or gonococcus. It used to be known as “the clap”.
The bacteria are mainly found in discharge from the joystick and in
vaginal fluid.

The new study indicated that a significant and previously unrecognised
route of transmission of the bacterial infection was kissing.

In a report issued on June 6, 2019, the World Health Organisation (WHO) said more than one million people catch a sexually transmitted disease
(STD), or STI, every day across the globe, with chlamydia, gonorrhoea,
trichomoniasis and syphilis of greatest concern.

“On average, approximately one in 25 people globally have at least one of these STIs,” the world body said.

On the current study, Monash University’s Professor Kit Fairley, argued
that the global sexual health community “needs to recognise that
gonorrhoea is on the rise and that there should be an increased
awareness of the risks of kissing as a route of transmission.”

Fairley is Director of the Melbourne Sexual Health Centre and Professor of Public Health at Monash University.


Error: API requests are being delayed for this account. New posts will not be retrieved.

Update: Rae Sremmurd’s brother arrested for murder of their stepfather 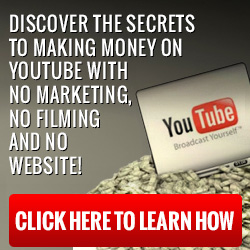 Open chat
1
Hello,
How can we help you
Powered by